On a recent road trip back from Florida, my husband and I took the scenic route along the eastern coast of south Georgia. While on the interstate, I spotted a small, brown sign for Sapelo Island and I was compelled to stop. Sapelo Island probably doesn’t ring a bell with any of you but this little island’s roots run deep for me. My great-great maternal grandmother, Nellie, was said to be from there.The majority of Sapelo’s inhabitants are the descendants of former slaves who have made the island their home for generations. Sadly, due to bureaucratic gentrification, they are being forced out of their homes.  Call me a weirdo but I could feel something stirring in me when we reached the pier. Unfortunately, the ferry had already left for the day so I couldn’t step foot on the actual island. However, strong ties to family that I never met put me at ease. Who knows how long it had been since Nellie lived there…but just knowing that she’d been there comforted me in a way that I can’t explain here.  They hold a festival around this time of year annually and I hope to make it back before things completely change forever. 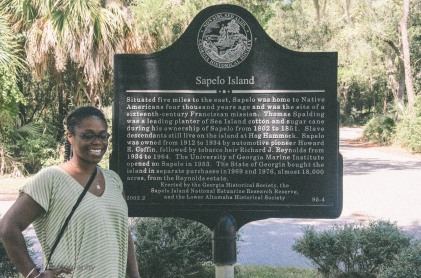 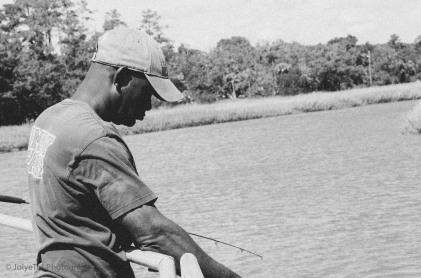 One thought on “Sapelo Roots”